Welcome to our  August, 2016 edition of “Good News Stories” from Hearing Aid Source.  In this month’s stories, we address a very important issue – how invisible hearing loss can affect communication, goodwill, and trust in relationships – a parable of two very different men, Joe and Jim.

Joe is a “no nonsense” guy.  If something needs to be done, he’ll “hop to it”.  If something needs to be said, he says it.  He is energetic and practical in every sense of the word.  This approach to life has always worked well for him and he attributes his relatively successful life to these personal qualities.  However lately his wife, Ivanka, was getting increasingly frustrated with him and that did not sit well with either of them. 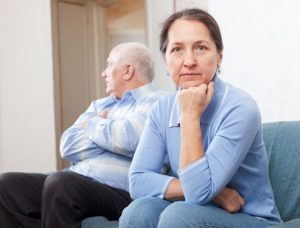 “You don’t listen to me anymore.  It’s like I don’t ever have your full attention.”  Joe was stunned by these comments.  “I know myself better than anyone so, of course, I know that’s not true.  I love her and haven’t changed towards her as far as I can see.”

But Joe knew something else; that Ivanka was not a complainer by nature, and wouldn’t be bringing it up if it wasn’t true for her.

Being ever the pragmatic man, Joe decided to take the first step.  He scheduled a hearing test at our Coxwell clinic.  He and Ivanka both wanted to know whether he had hearing loss.  Joe wasn’t looking to cast blame.  In his mind, there was no one to blame no matter the outcome – just something valuable to be learned.

As it turned out, Joe’s hearing test results indicated that he does, in fact, have mild-to-moderate high-frequency hearing loss and one of our hearing specialists explained how a properly selected and fitted hearing aid would be beneficial to him, especially in noisy environments.  An increasing number of clients prefer to try hearing aids before they buy, to experience the benefits for themselves the benefits for themselves.  We fitted Joe on that same day with a pair of our Unitron FlexTrial hearing aids and planned to touch base with him after a week to see how he was doing.

“We just wanted to let you guys here know you’ve saved our marriage!”

A mere 4 hours later, Joe came back to the clinic to introduce us to a beaming Ivanka.  They walked in the door, grinning from ear to ear, like teenagers in love.  It stands to reason, doesn’t it?  When you haven’t been fully heard or fully listened to for so long, life and relationships can lose their luster.  Joe had taken the first step in tackling the invisible yet debilitating limitations of hearing loss and things for he and Ivanka can only get better. 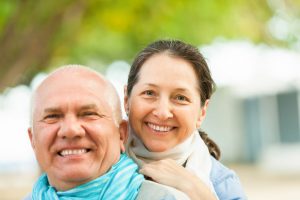 Ivanka exclaimed, “We just wanted to let you guys here know you’ve saved our marriage!”  She went on to say that, for the past few months, she had been telling Joe that he wasn’t hearing everything she said and often it caused uncharacteristic tension and small disagreements between them. “This afternoon he came home from the appointment and he is able to hear me, when I speak in a normal tone of voice, without me having to repeating myself.”  Joe agreed.  “As always she is right.  The difference is really incredible.”

Joe is now a happy Hearing Aid Source client and he and his wife could not be more thrilled.

How many thousands of “Joe’s and Ivanka’s” are out there in our fair city of Toronto?  If you think others are mumbling or aren’t listening to what you’re saying, you may want to consider scheduling a hearing test for yourself or a loved one.  You have nothing to lose and plenty to gain.  Could hearing loss be causing anxiety in your relationship?  There’s only one way to know for sure.  Take action.  Be a “hearing hero” like Joe.

Thankfully, for Jim’s sake, the following is not a true story.  It’s an adaptation of a childohood joke that we thought was an apt contrast to Joe’s story above and continues with the theme of hearing loss and relationships.  Fictional though it may be, there is a thread of truth to it, nonetheless.

Everyone wants to make a good first impression, right?  But, what if you also had a degree of hearing loss?  You could opt for a hearing solution.  Or, you could suffer Jim’s fictional fate. 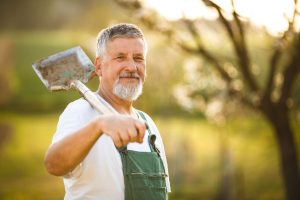 Jim knew he needed a hearing aid but couldn’t shake the thought that sticking a device in his ears would somehow make him seem old.  The last thing Jim wanted to look was “old” or “foolish”.  Plus, he was still hoping that one day that “special someone” might come along.  What would she think if she saw a hearing aid?

One fine day, while working outside, Jim saw a beautiful woman coming along the road.  “OK.  Keep it cool, Jim”, he thought to himself.  As she approached, he planned to catch her eye and make conversation.

So he worked busily on his fence post, and soon the lovely woman stopped beside him.

“A beautiful morning we’re having,” she said.

“Can you tell me how far it is to the next town?”

“Would you happen to have the time?”

The woman stared. “You’re a fool!” she said.

“The same to you, sweetheart,” said Jim and went happily on with his work.

Needless to say, much to Jim’s surprise, his phone did not ring that evening.  Not quite the happy ending he was hoping for.  If only Jim would realize that being able to actively engage in conversation as part of a healthy, exuberant lifestyle is the diametric opposite of “looking old”.  For those like Joe, who have experienced phenomenal, positive transformations through the use of hearing aids, they have become more “lifestyle enablers” and less “symbols of age”.