We have officially entered our fall season, what a great summer we had helping people hear better so that they can live better.  We’ve had lots of fun helping people this past month and have some Good News Stories to share with you all.
Our first story is about Lana*, a young woman who has a long history of wearing hearing aids since childhood.  When Lana came to see us, she was wearing a single hearing aid on her left ear.  The sound of this hearing aid was quite distorted and it was in dire need of repair.  Her intent was to replace this single hearing aid with a new one.  When we finished her hearing test, we noticed that her best ability to process speech on the left ear alone was less than 30%.  However when she heard with both ears together, her ability to understand speech improved to 50%.  Now, a gain of 20% doesn’t seem like much to most people, however for someone who has a severe to profound hearing loss bilaterally, every little bit counts. 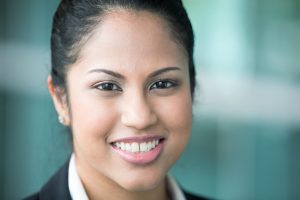 We recommended a set of hearing aids for Lana to try.  She naturally was skeptical, but she was willing to try our suggestion as long as there was no obligation to keep a hearing aid that she did not want.  We reassured her by loaning a set of hearing aids to her to try for a few weeks as well as letting her know that all of our hearing aids come with a 90-day return policy.

We recently saw her and she was smiling from ear to ear.  She had just come from class where normally she struggled to hear the professor in an auditorium-style classroom.  In the past, she said that she really used to struggle to hear the professor giving his lecture as he would move around the classroom and she was always highly-dependent on lip reading.  This time, she could take notes and listen at the same time without having to depend on lip reading and sitting in the front of the classroom.

She is now able to stream music into her hearing aids directly through her new iPhone, she can take telephone calls, she can do so much more than she was able to do previously because of a small suggestion of using both her ears to her advantage.  Things she believed were not possible, based on her previous interactions with her last  hearing aid clinic, had all become possible.

Do you wear hearing aids?  Are you convinced you’re getting the most out of them?  Why not get a second opinion?  Give Hearing Aid Source a call at to (416)463-4327 book an appointment with one of our hearing specialists to begin your journey to better hearing.  It’s FREE!

Our next story is about Ross, a man who came into our office and was clearly frustrated with the situation of his poorly fitted hearing aids.  Ross had bought his hearing aids at another clinic and his 90 day trial period had expired.  He came to Hearing Aid Source wanting to know if he really had been given the best setup from the clinic he had purchased his hearing aids from. 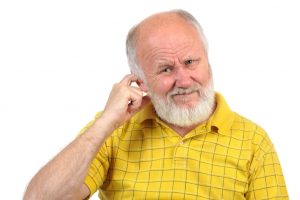 Ross told us that he had been back several times to the place he bought these hearing aids because they had been slipping out of his ears.  After several attempts to remake his hearing aids, the other clinic had told him they could do nothing more for him.  Truthfully, his hearing aids were very small Invisible-In-Canal (IIC) hearing aids and for this style of hearing aid, deep ear molds must be made.  It seems that his previous clinic may not have been entirely comfortable with the process.

After taking very careful and deep ear impressions, we sent the hearing aids and the impressions to the factory for yet another remake.  About a week later, we called Ross back for his re-fitting.  He was clearly excited as we placed the hearing aids back into his ears because they actually fit his ears and were nice and snug, without being painful. 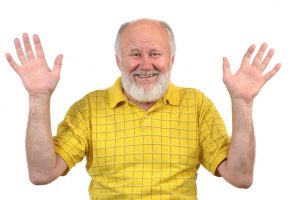 Once Ross’ fitting was done, we proceeded to readjust his hearing aid settings for his most optimal hearing levels.  This excited him even more as he was now hearing people speaking in our waiting room (he couldn’t do that before).  After some more fine tuning, we sent him on his way to test these new settings and the new fit.  Another week later he returned, just as happy as he was when he had left the last time.  He kept saying, ‘Why couldn’t those other guys do this?  Thank you so much.’

Here at Hearing Aid Source we do things differently.  We first listen to what you need, analyze the hearing loss and your overall abilities, and mutually come up with a solution that will work best for you.

I don’t believe we’ll ever run out of Good News Stories.  There seems to be an endless supply of those we can help achieve better hearing and better quality of life.  Like we always say, “You don’t know what you’re missin’ ’till you get a better fittin’.”

Visit or call Hearing Aid Source today to schedule your personal consultation with one of our specialists.  It may be one of the best decisions you make.  You may just end up being our next Good News Story!